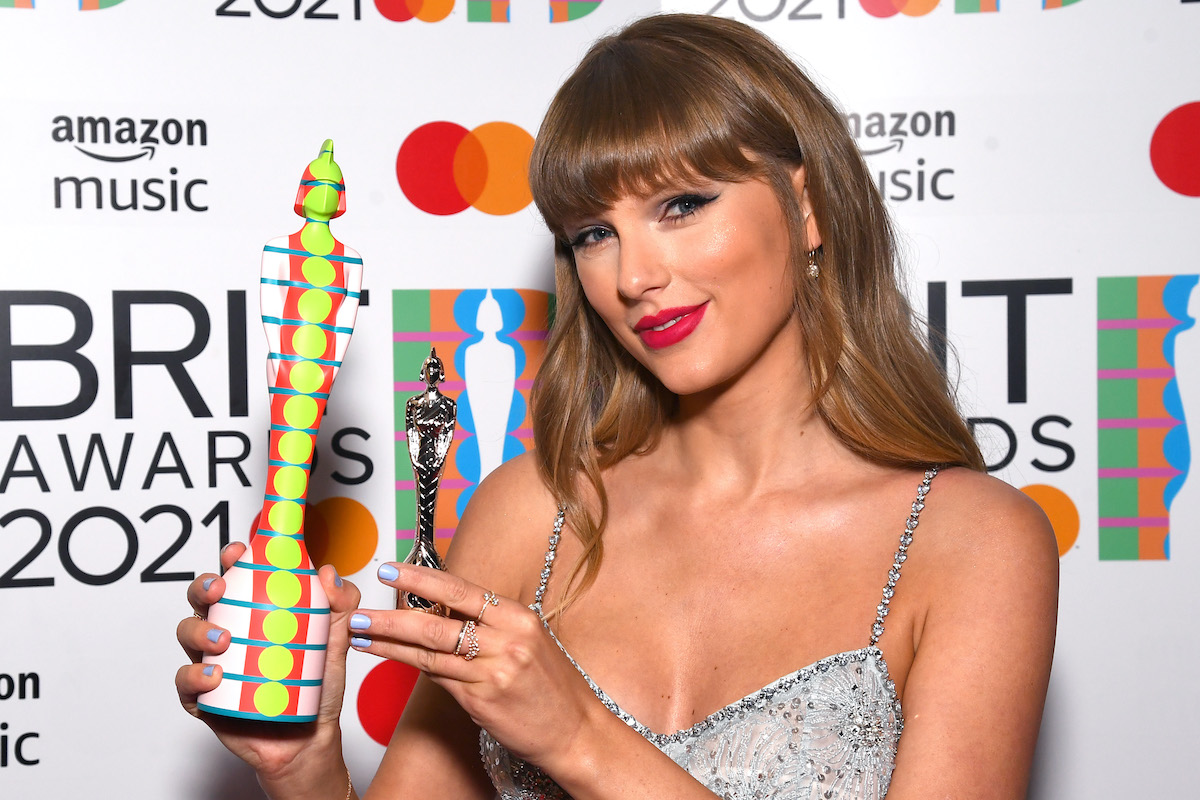 When you’re a celebrity as big as Taylor Swift, almost every detail of your life is under scrutiny. Swift seems to amaze her critics and fans alike with the most intimate details of her life. In fact, many Swifties (and even some of Swift’s friends) try to emulate Swift’s personal style. Swift’s signature red lips, love for cozy cardigans and her nails are all fashion trends.

Celebrity nails are a popular trend. But Swift’s manicures seem to stand out amongst the crowd. Instead of long, acrylic nails (a la Kylie Jenner), the folklore artist almost always opts for a very short, natural shape. Furthermore, she typically opts for softer pastels and utilizes a ton of glitter if she’s sporting a darker color on her nails.

Taylor Swift does her own manicures

Unlike many other celebrities, Swift doesn’t have a personal nail artist on hand and doesn’t typically have gel manicures either. Instead, the All Too Well director typically does her nails herself. In her documentary Taylor Swift: Miss Americana, Swift admitted that she started doing her own manicures “when I realized that I really like having cute nails, but I really can’t go in public.”

And Swift doesn’t just do her own nails. She’s not afraid to play manicurist to some of her friends on occasion. Swift’s friend Todrick Hall praised Swift’s skills in the documentary. “This is one of my favorite manis I’ve ever gotten,” Swift had finished his manicure, the YouTuber stated. “I appreciate it,” Swift replied before Swift made a joke. “Give me a good review on Yelp.”

It seems that quite a few of Swift’s fans seem to love her penchant for keeping short, natural nails. On a Reddit post, some Swifties were discussing the “Blank Space” singer’s signature manicure. The singer-songwriter was quickly praised by them.

“I’ve always really respected her for keeping her natural nails,” one Swift fan penned. “It’s so refreshing to see a celeb without acrylics. I was honestly SHOCKED to see she had fake ones on in the LWYMMD video. Taylor’s out here representing the lower maintenance/nervous girls, and I’m so here for it.”

RELATED: Taylor Swift on Why She Doesn’t Talk About Her Boyfriend, Joe Alwyn

Another fan on the thread was quick to co-sign the aforementioned sentiments about Swift’s nails. “I love it too,” They started. “I have super weak nails and a habit of picking them, and I always get bummed when they don’t grow very long, or they grow and immediately break when they get to a certain point. But then I see Taylor’s, and I’m like, these are just real average nails that most of the population has, lol.”

Swift’s nails are always so long.

Swift keeps her nails so short. It could just be personal preference. But it is likely to make her musician life a little easier. Because Swift plays guitar frequently (both when she’s performing and writing new music), it’s likely easier for her to play the instrument with her natural nails.

Swift admits that she has a nervous habit

Another reason for Swift’s natural nails could be because of a habit. In “If You’re Anything Like Me”, which was a poem exclusively released in her Target-exclusive Reputation magazine, she admitted that her nails often suffer at hands of her nerves. “If you’re anything like me, You bite your nails, And laugh when you’re nervous,” Swift penned. Of course, there could be other reasons for Swift’s signature nails, but many Swifties seem to love them no matter the reasoning.

RELATED: Taylor Swift Used to Consider It a Day Off If She Had Just ‘Five Hours Free’